We were lucky enough to meet Irwin and his family in January 2018. He presented to us due to an incompletely excised mast cell tumour on his right forelimb which had metastasised to his local lymph node. Specialised testing of his mast cell did not note Irwin to have any mutations, which are often associated with a better prognosis compared to those with a mutation. Irwin was commenced on a chemotherapy protocol which he tolerated very well. Unfortunately, in May during his 5th cycle of treatment, his digital mast cell tumour was noted to have recurred. Irwin underwent a forelimb digital amputation at this stage. Histopathology noted a subcutaneous mast cell tumour (typically these mast cell tumours behave less aggressively). Given Irwin’s MCT was behaving in a more aggressive fashion, it was recommended that Irwin complete his chemotherapy protocol (MCT’s are predictably unpredictable). Irwin recovered well from his surgery and completed his treatment in June 2018. Throughout Irwin’s care, he underwent scans to screen both internally for any evidence of spread and to check the local surgery site. A monitoring CT scan in December noted changes on his spleen, fortunately further testing did not note any evidence of spread of his MCT. Irwin was kept on our cancer call back registry and the family continued with regular checks. Once again, Irwin underwent a monitoring CT scan in April 2019 and unfortunately another mass on his spleen was noted. Given the size of the mass along with the risk of rupture and bleeding, we recommended Irwin undergo a splenectomy (removal of his spleen). Liver biopsies were also performed due to changes noted on the CT scan. Histopathology diagnosed Irwin with a second cancer: splenic haemangiosarcoma with metastasis to the liver. Irwin recovered well yet again from surgery and he was placed on a tablet based protocol for his new diagnosis. Unfortunately, in May Irwin lost his battle and crossed over the rainbow bridge. We will always remember Irwin and his beautiful family. He was always a delight to have in our clinic, Irwin’s favourite activity was seeing whose lunch he could sneak during his visits. Rest in peace Irwin. 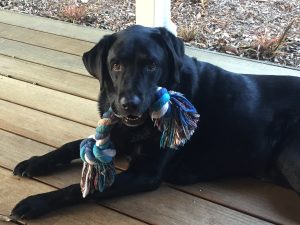